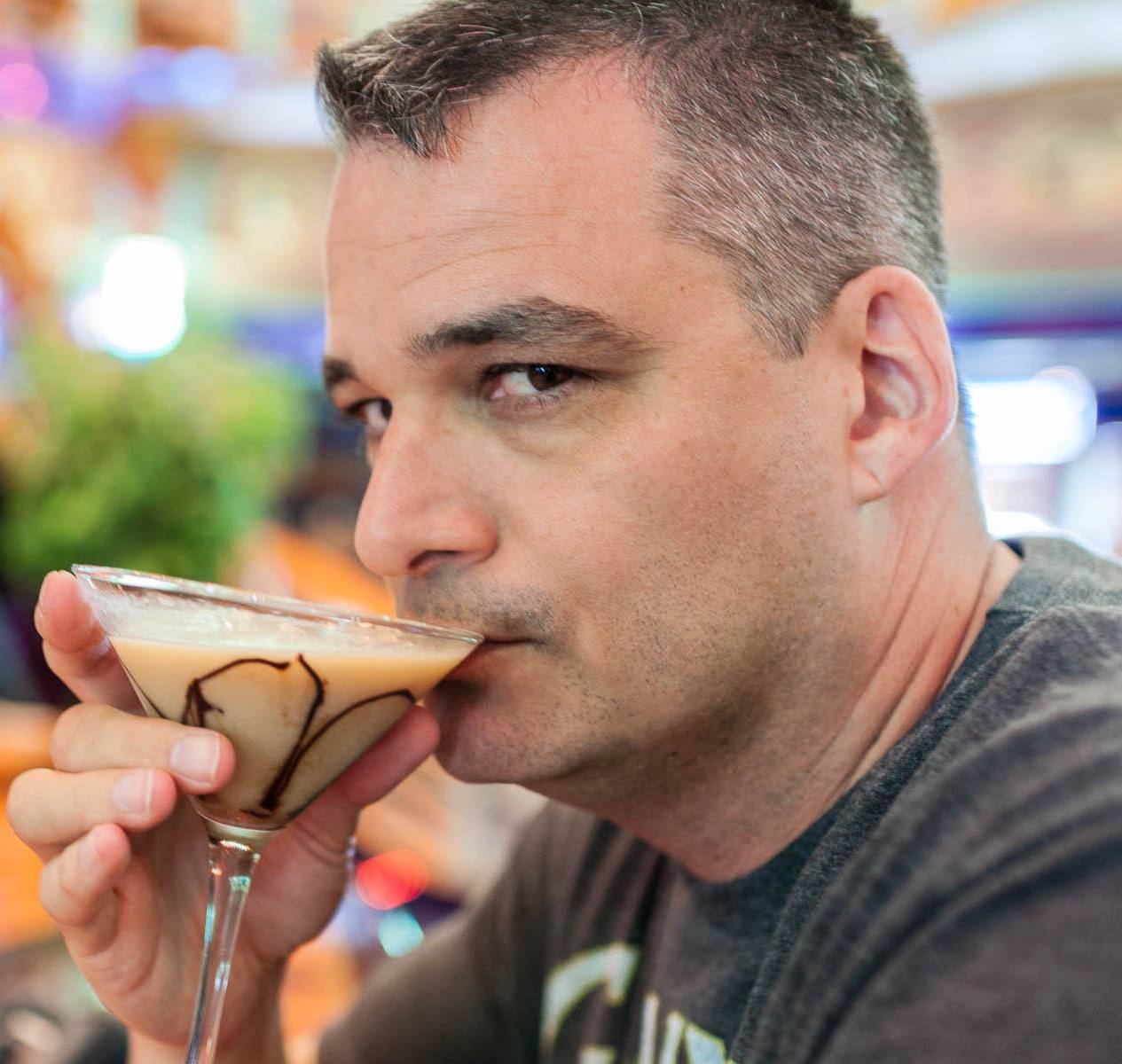 Finally got back out under the stars 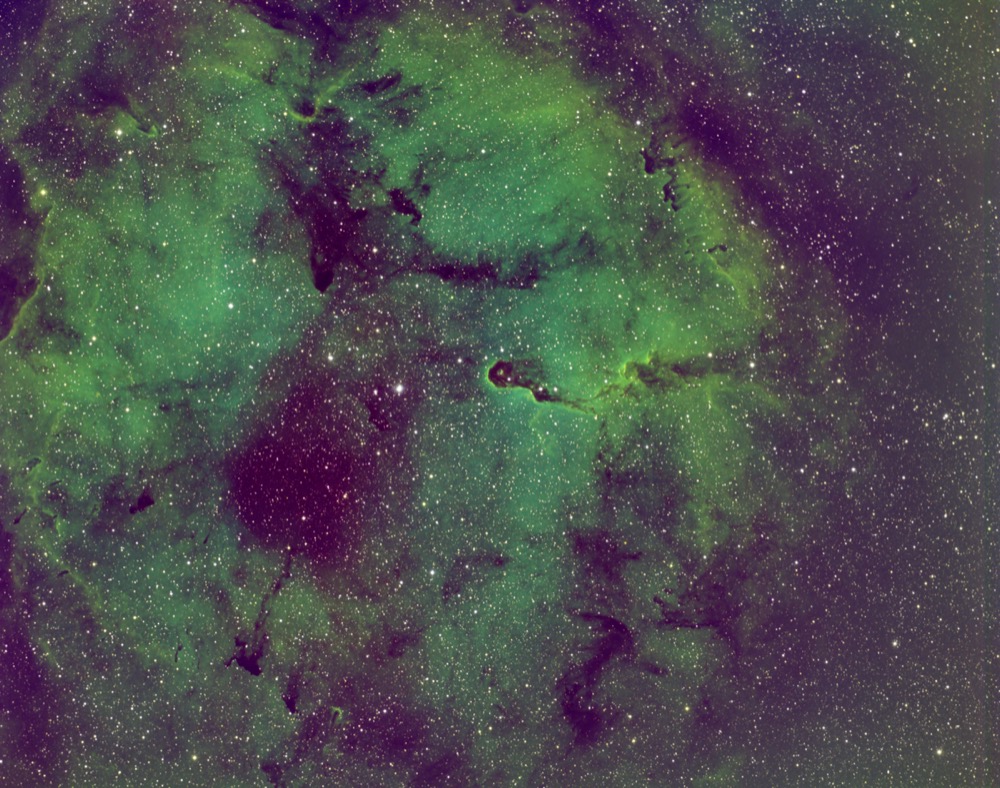 It’s been quite a while since I was able to get out to the observatory and actually manage to capture some photons.
Read More 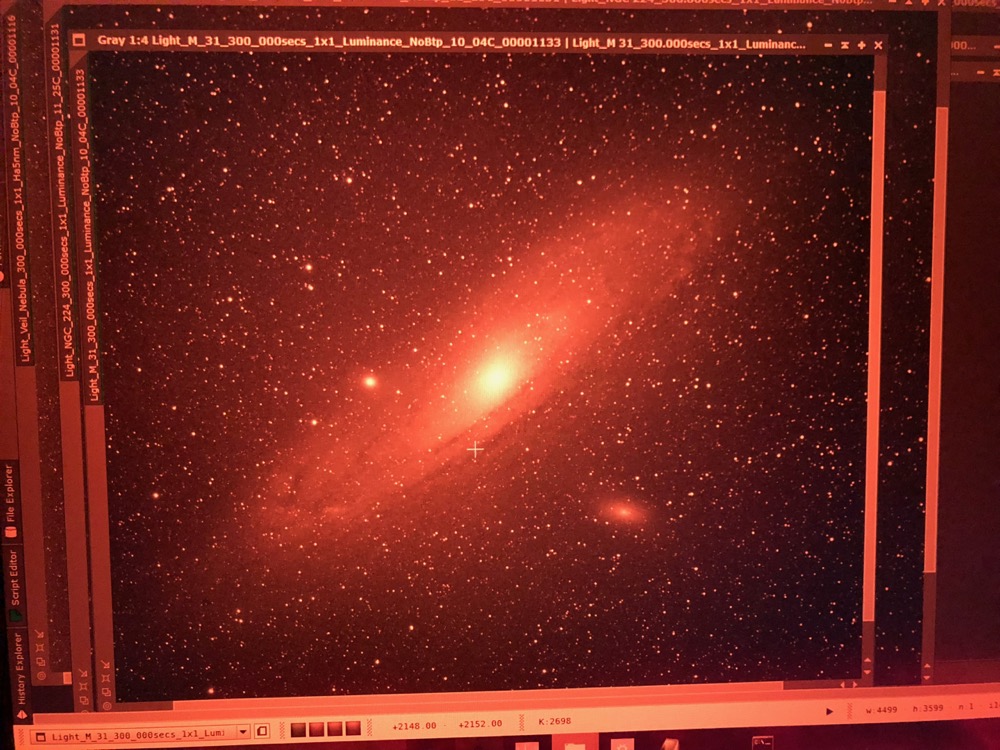 After waiting so long for the equipment, I finally had all the pieces of the puzzle. Miraculously, the first Saturday (July 14, 2018) after finally getting the last piece (another counterweight) it was clear with a fairly new moon. I packed up the family truckster with my stuff (I really should take pictures along the way!) and headed out to the observatory.
Read More 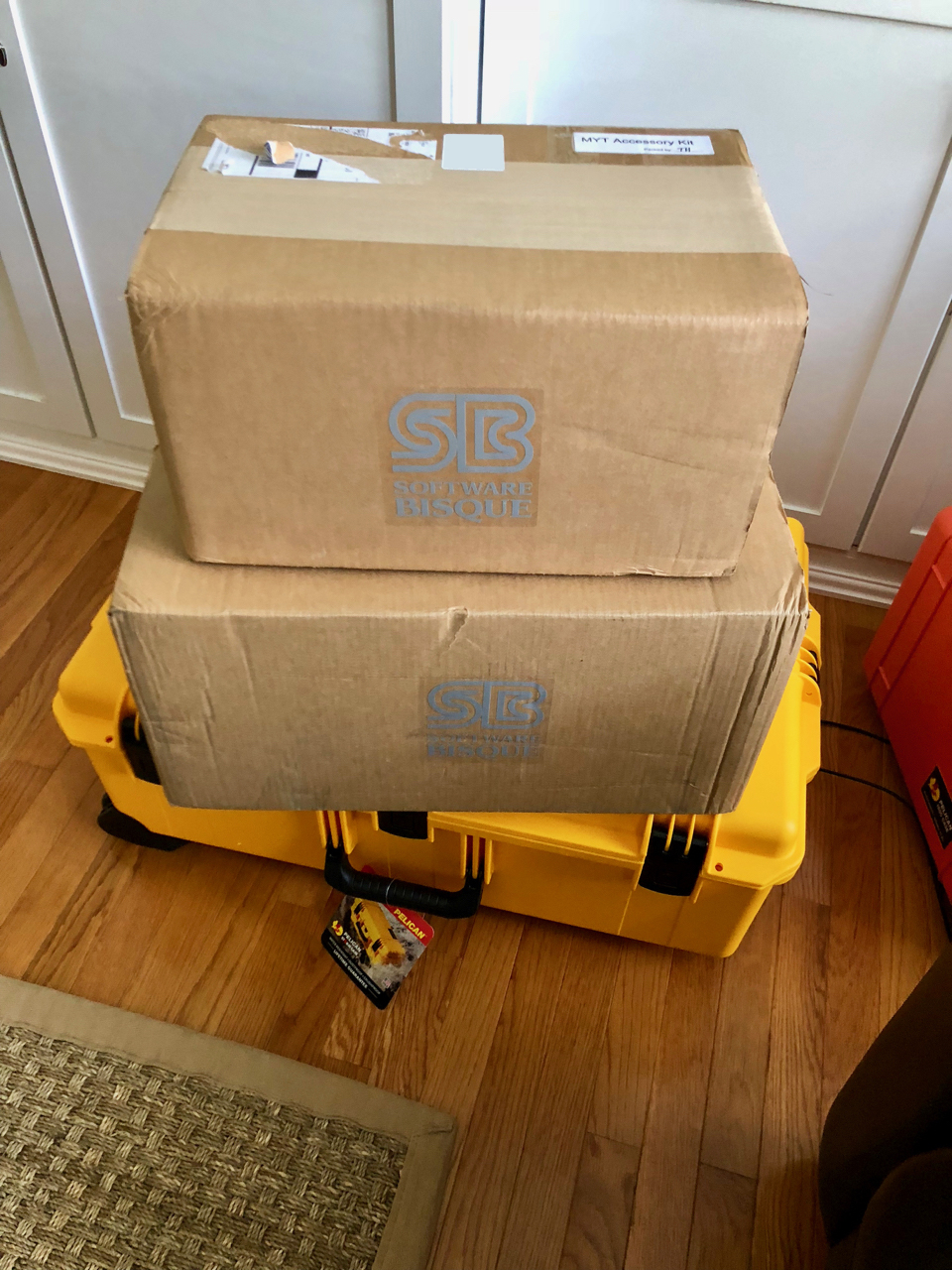 I ordered pretty much the entire rig at the same time– the mount, OTA, camera, filter wheel, filters, guide camera, tripod, and an extra 10 lb weight for good measure. I already had a guide scope that I planned to use. About half of the equipment was in stock when I ordered, but I was aware that my mount wasn’t going to arrive at the same time as everything else; it was quoted as about a six-week lead time.
Read More

Power, Control, and Dew, oh my! 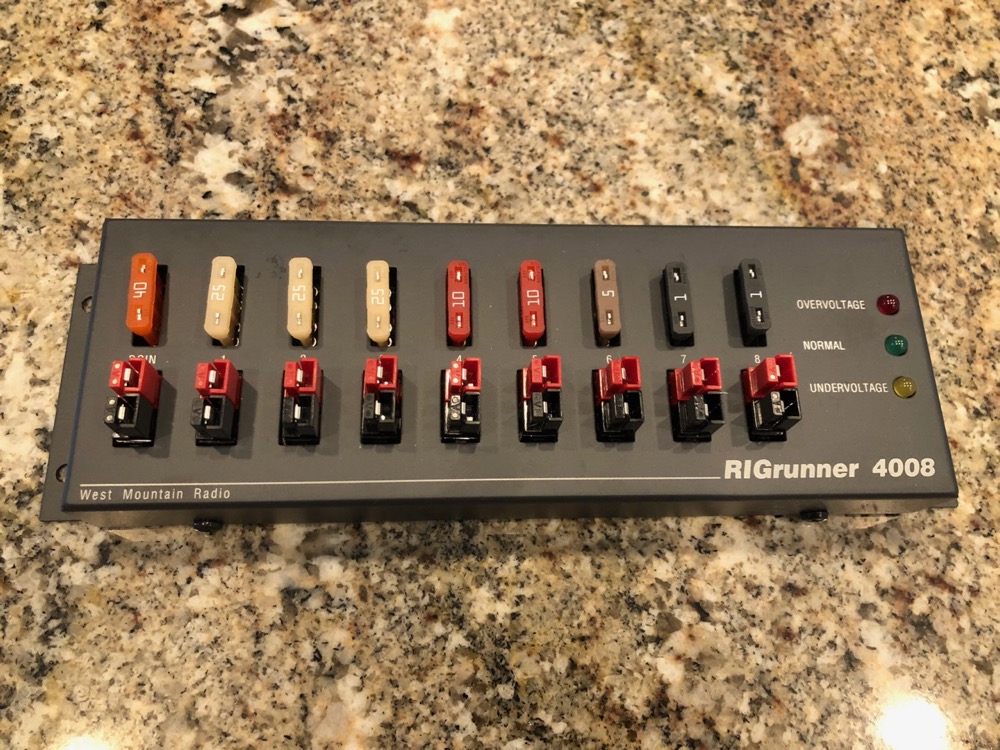 The Filter Wheel: Atik EFW3 and the case of the missing Astrodons 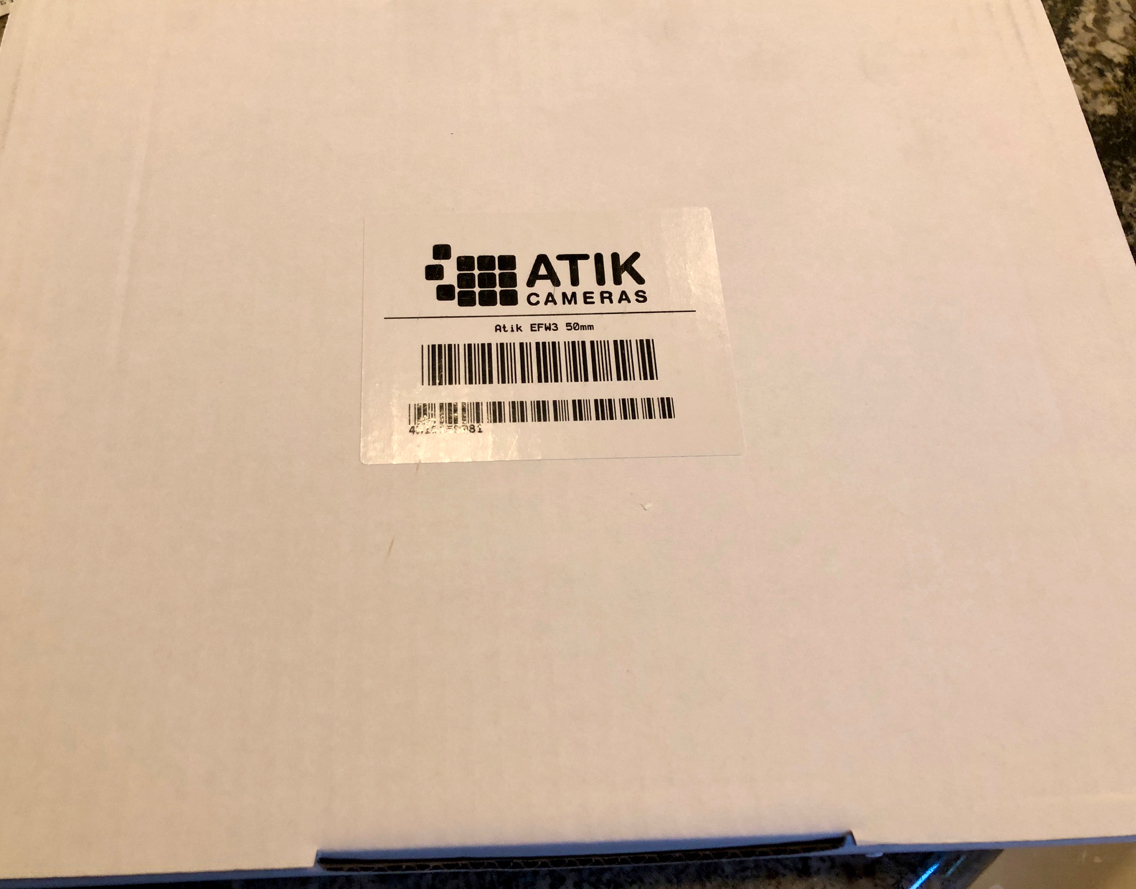 As far as the filter wheel is concerned, the frontrunner was actually one by FLI (I read several reports of folks having trouble with Atik’s EFW2). After talking with Larry at OPT I learned that Atik released a new filter wheel, specifically for the the 16200, the EFW3. That made the choice easy. I was quite glad that he mentioned it, since it wasn’t yet on OPT’s website. It’s really good to have someone help you with this process!
Read More 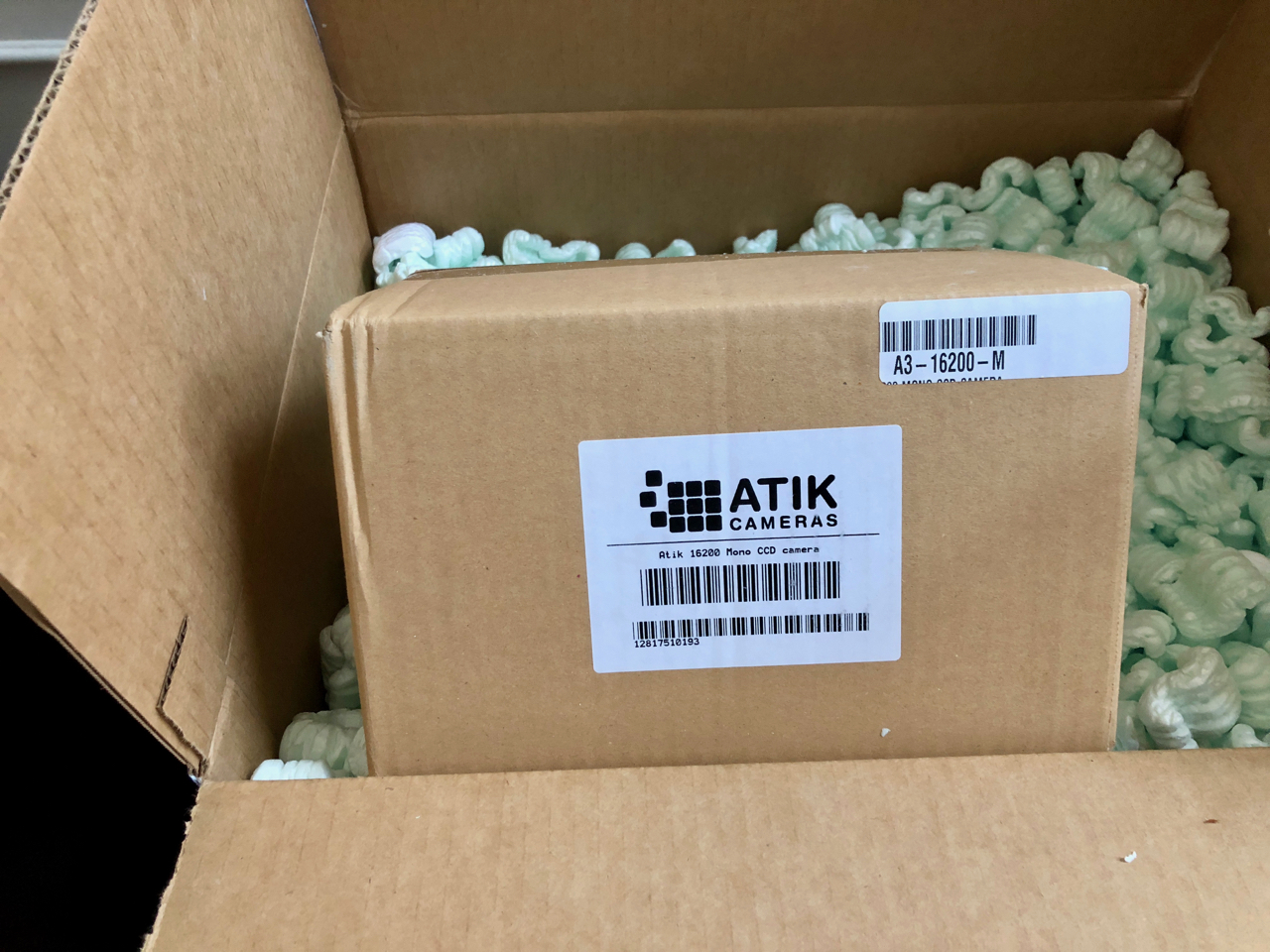 After selecting the telescope other things started clicking into place. I had a telescope with a huge image circle, I needed to use it. When it came to selecting the camera there really weren’t many choices– I started with a pretty short list. Initially I was looking at at the QSIs - in particular, the QSI 683wsg-8, an 8.3 megapixel (3326 x 2507) KAF-8300 sensor with 5.4 micrometer pixels, also sporting a built-in, 8-position filter wheel for 1.25-inch filters. Unfortunately, a death in the family put QSIs in limbo for quite some time. I believe that Atik as helped ramp back up operations, but I haven’t looked into availability.
Read More 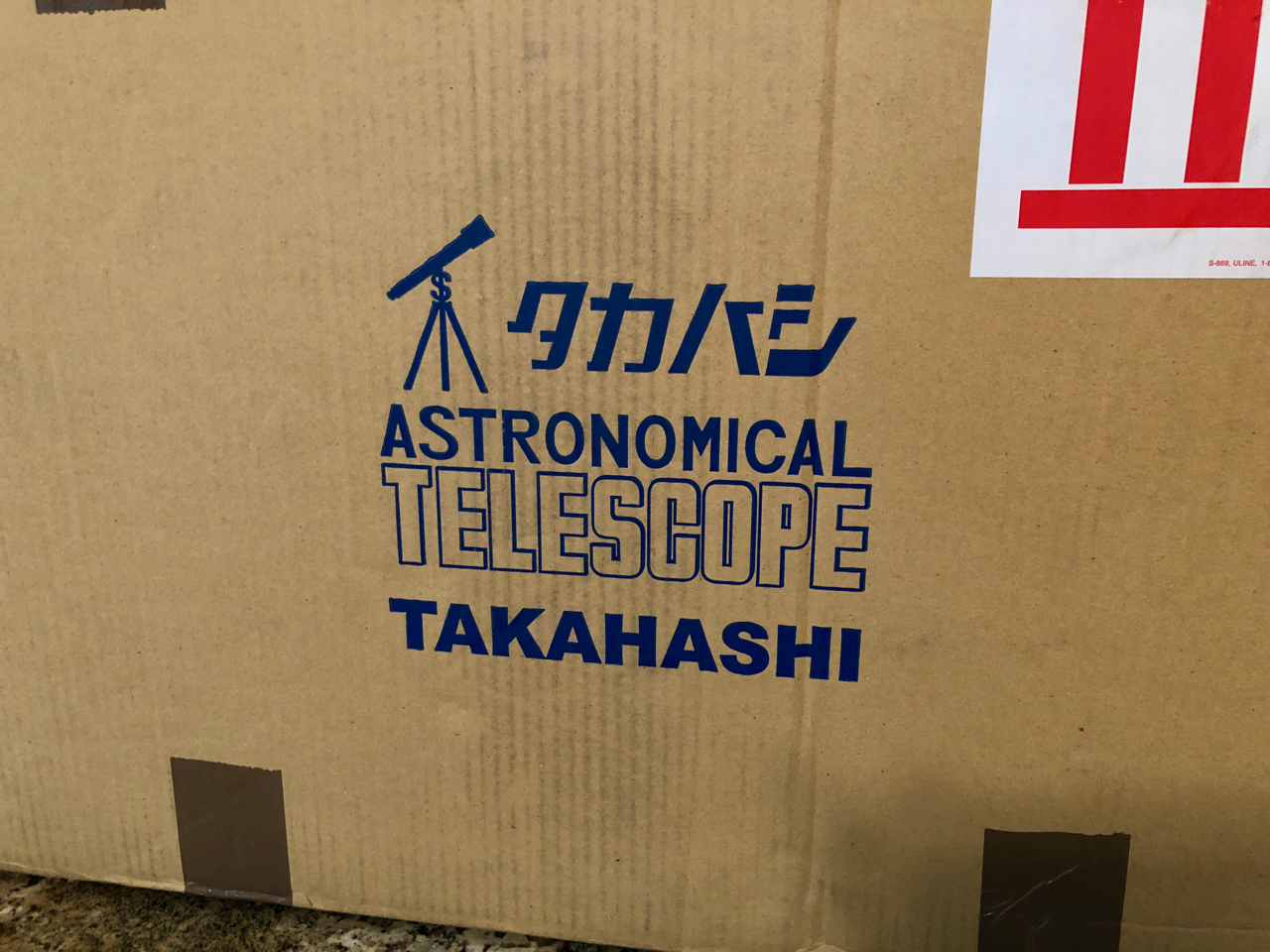 This post goes over my my thoughts when selecting the telescope for my imaging rig. Trying to follow the advice of the masses, my requirements for the telescope were: Small(ish) refractor, preferably apochromatic, either with a flat field, or a flattener available. Bonus points if the system allows threaded (vs compression) connections in the imaging train.
Read More

Pulled the trigger on the dream rig 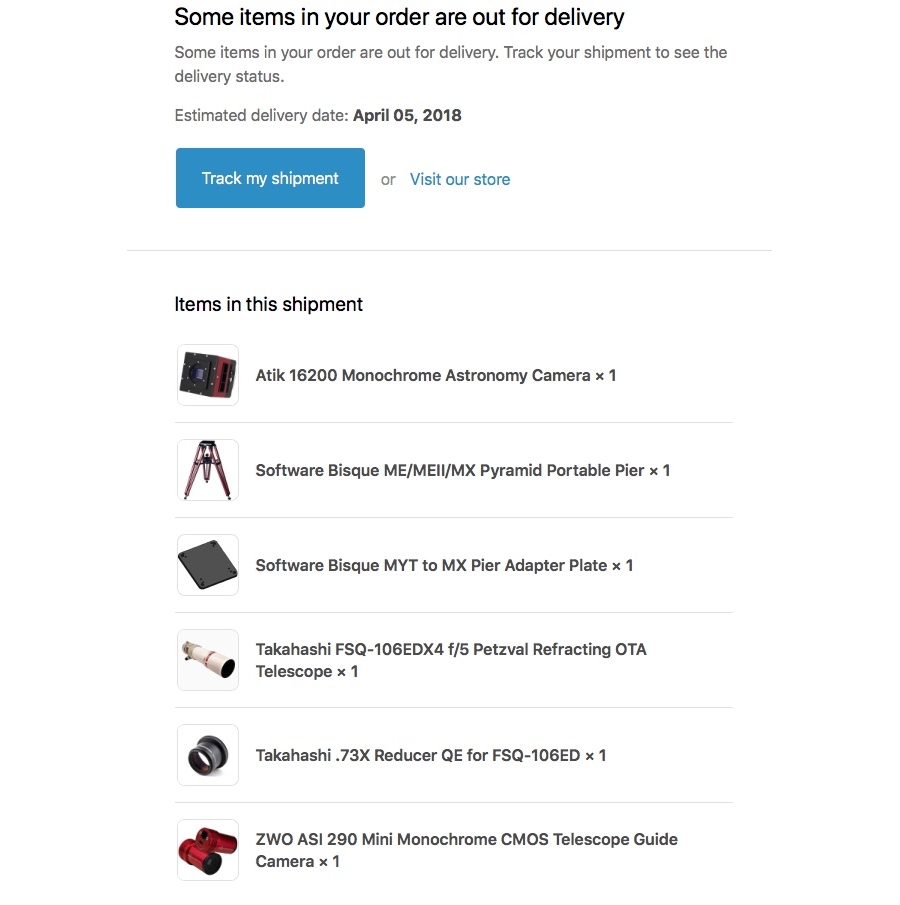 That brings us to today. Like many aspiring astrophotographers, I had my dream setup planned out. Like many plans, it was somewhat “fluid”.
Read More 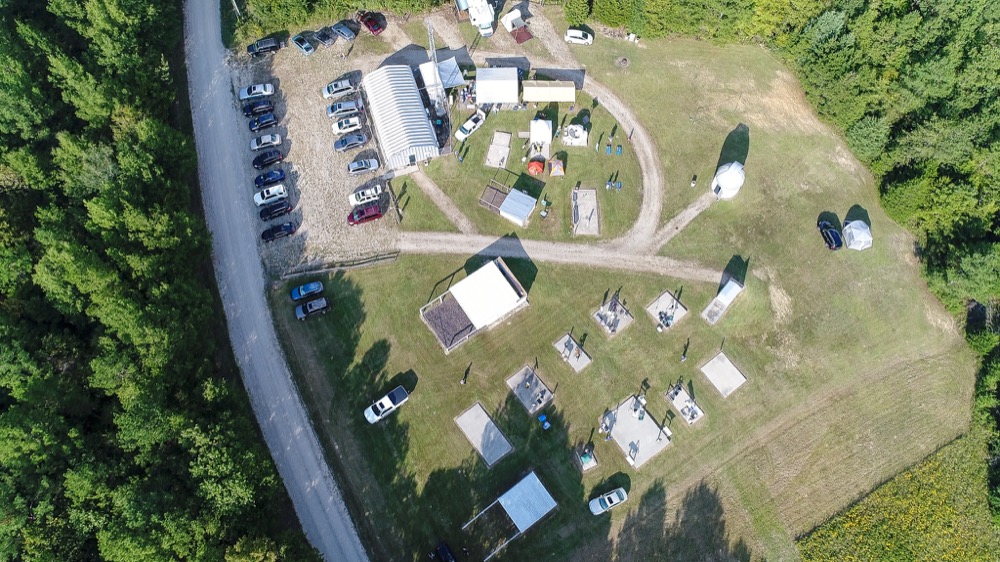 I am now a member of the Charlotte Amateur Astronomers Club, which has an observatory near Kershaw, South Carolina. The Gayle H. Riggsbee Observatory (GHRO for short) has several member pads, along with a good variety of telescopes for club members.
Read More 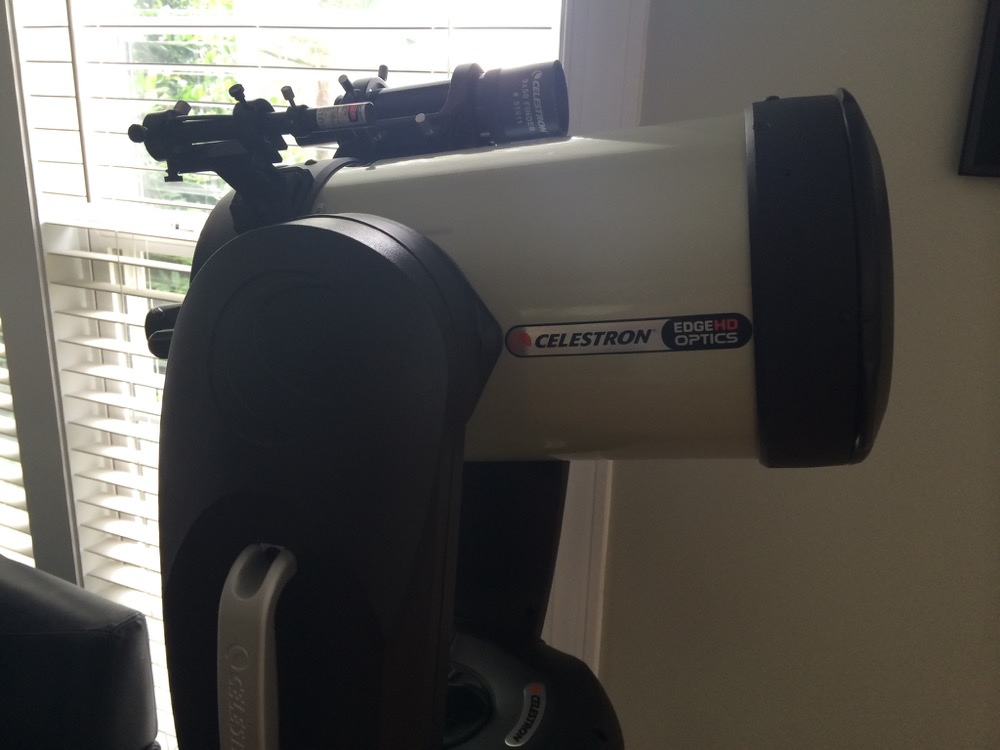 Fast forward a few years… My second scope, purchased in 2012, was an 8” Celestron CPC Edge HD. This was a beautiful telescope. It was much easier to align than the ETX-90 was, and its longer focal length was fantastic for planets and the moon.
Read More

and so it begins… 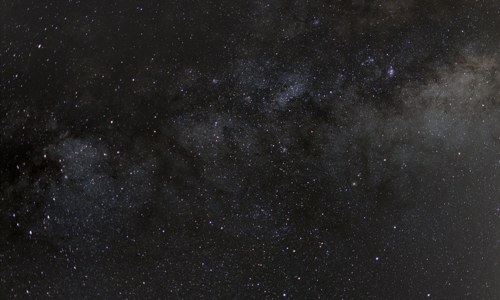 I got into astronomy back in 2004 when I bought a Meade ETX-90 (which, astonishingly, they still make). This was a go-to scope, able to find things in the sky and automatically move to them. It came with a tripod and a couple of eyepieces. The plan was to get my feet wet, see some things, and hopefully take some pictures.
Read More